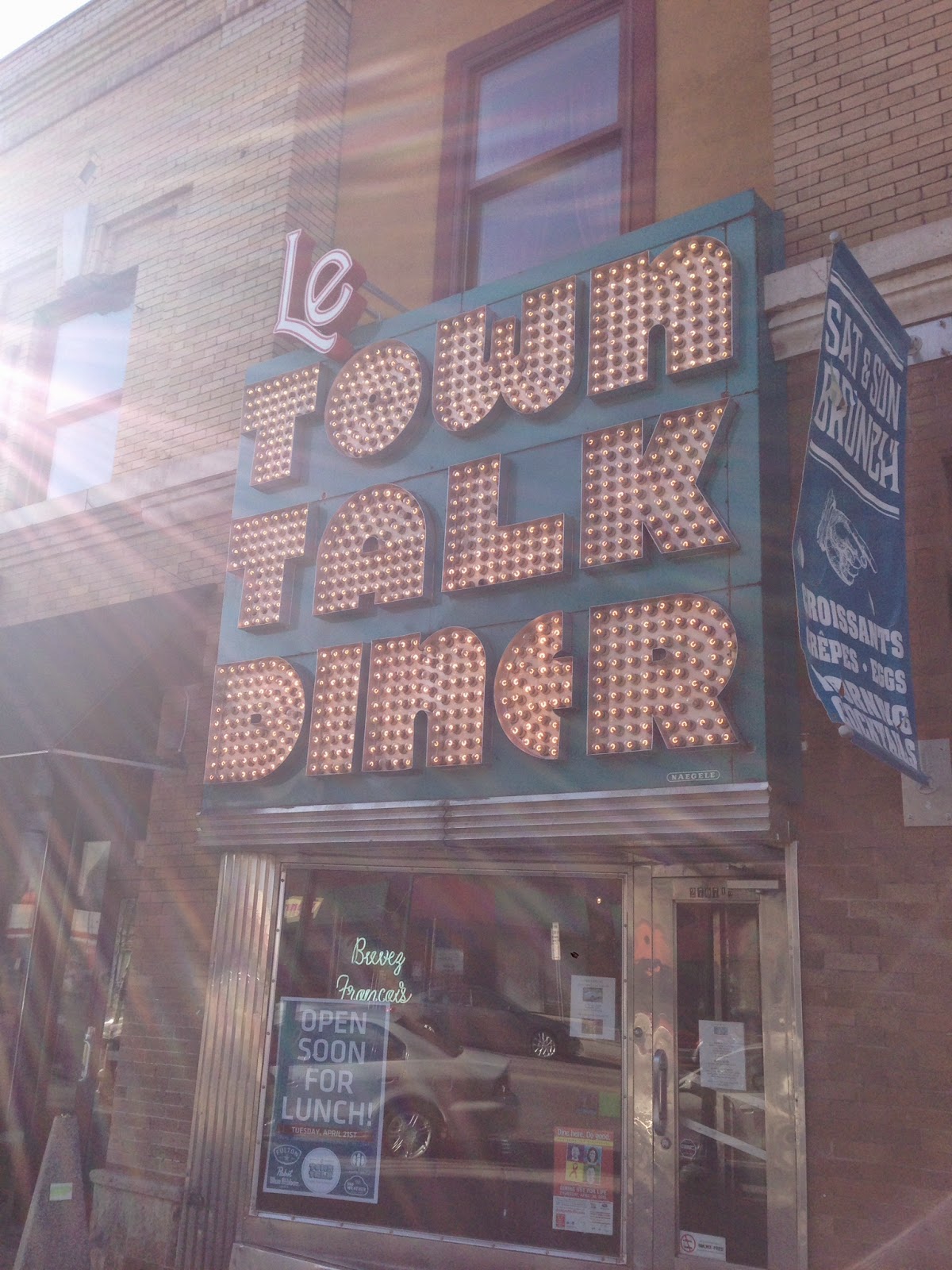 We're back. Maybe. I wouldn't hold your breath, we've said that before then disappeared just as quickly as that first cup of coffee in the morning.

We were only four this morning. Rebirth of breakfast club has to come in small steps. If we started planning a full breakfast club with all charter members, we'd have a date and place set some time in October. Four is a manageable number for the 8am text, 'Town Talk at 9?'. So we assembled, me Rachael, Sarah and Perley. The siren song of bottomless mimosas could not be ignored.

The Town Talk is not a new venue for us. It has, however been nine (9!!) years and approximately four different owners since we've brunched there. Despite the change, the trusty old light-up sign remains, which provides me with a strange comfort. The current iteration is a French endeavor so all they had to do was add a "Le" to the sign. It good to know that is all you have to do to French something up. Pardon me while I put on my le shirt, les pants, and les shoes and ride my le bike to your le diner. Ooh la la! 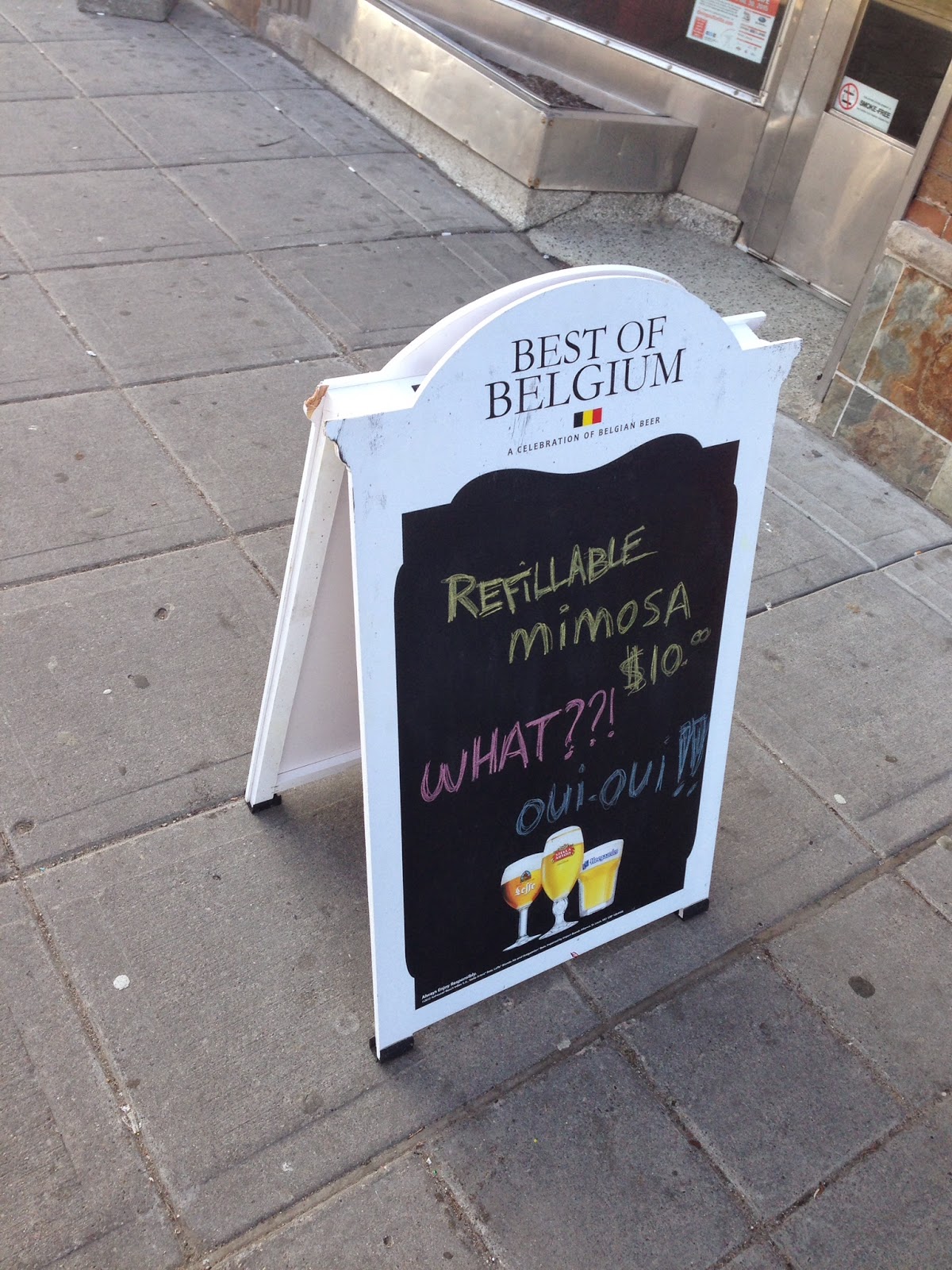 What I miss most about breakfast club is the conversation. We're a close-knit group that stays in regular communication, but it is different around the breakfast table (with bottomless mimosas). That's where life's truly important questions are answered. Today's deep thought was: If you could only eat one food item for the rest of your life, what would it be? This was spawned by Perley's recollection of a crazy friend of his parents who decided to eat only squash. It seemed to work out for him, until he turned orange. It can be any food item, but not something like a burrito or hamburger. Individual food item. You were allowed to prepare it different ways, and add spices, but not other additional ingredients.

Since we were at breakfast, and I love breakfast above all other meals. I chose the trusty egg. Lots of variation available depending on mode of preparation. It was universally agreed to be a solid choice. Sarah chose an equally versatile and practical food, rice. No complains there. Then things got weird. Rachael chose to go down in a delicious blaze of glory and chose chocolate as her only food for the rest of her life. Even if that life was shortened due to her diet, she'd go happy. If I was given a thousand choices, I would never, ever have gotten Perley's initial choice. Kimchi. KIMCHI. He immediately realized the tiny box that he had put himself in and backed it up. In order to give himself more variety he modified his choice to cabbage. That gave him his beloved kimchi and also coleslaw, sauerkraut, and other delicious options. I love this group.

We did manage to eat real food from Le Town Talk. There were some real winners and I think we all enjoyed our meals overall. Those who chose poorly (thumbs pointed inwards, mouthing the words "this guy") were disappointed, but it was their own fault. Our server was great despite the fact that she was pulling double duty due to a no-show. On to the grades.

Amadeus. French toast bake with a side of sausage. This thing was the size of a French bulldog. So big that the very center had some cold spots. The thimble of syrup that I was given was not enough to alleviate the dry texture. The sausage was spectacular though. And I am writing this post 7 hours later not having eaten anything since. It'll stay with you for a while. For better or worse. It DID give me enough energy to bike all the way to St. Paul for the craft fair into the wind. Energy by French toast, decision making by mimosa. I'm wiped out. C. 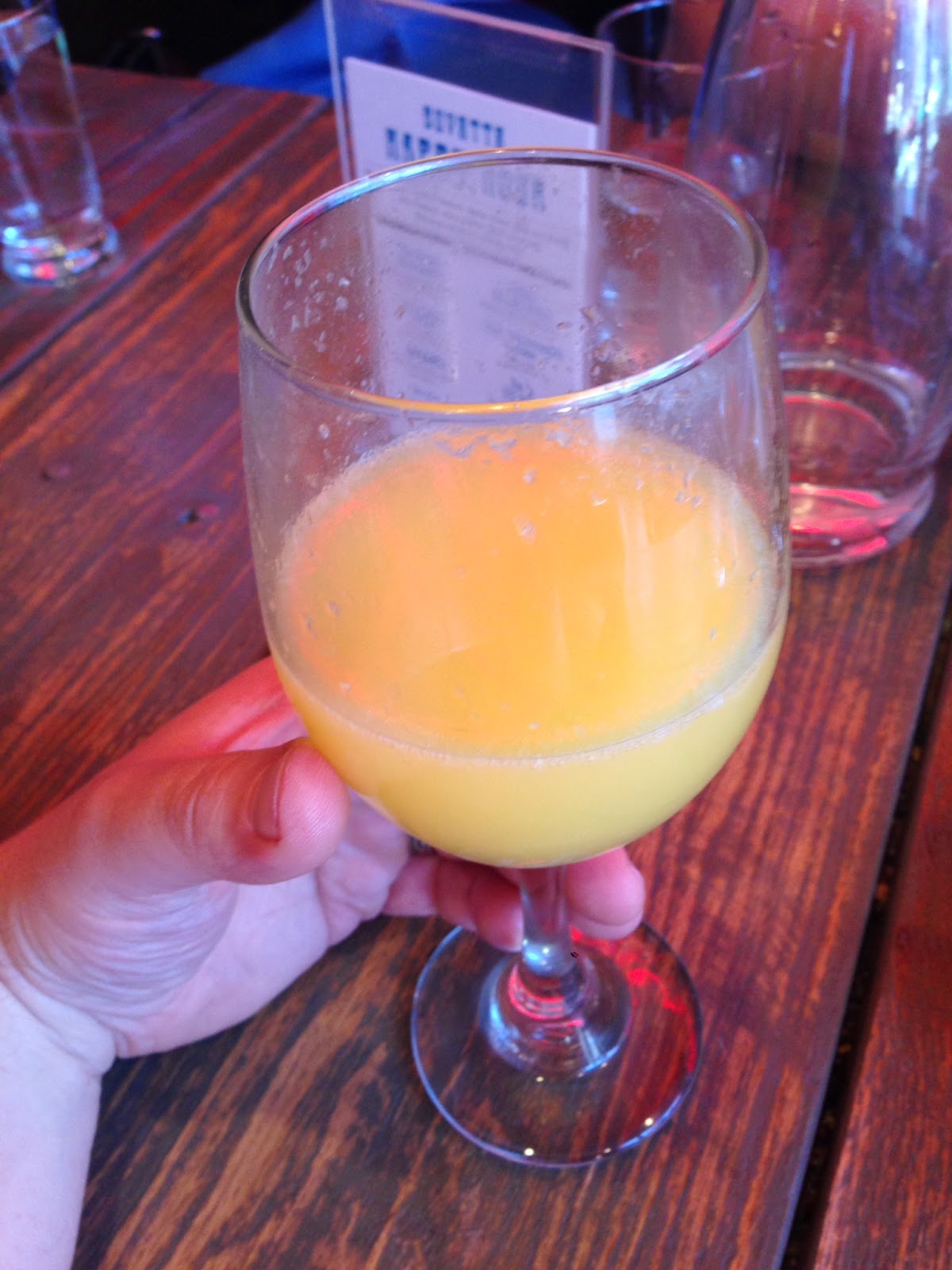 Rachael. Ham crepe with a side of frites. The frites were perfectly cooked. The crepe was very good, if not a little light on the ham. Fresh herbs in the eggs were appreciated. Excellent vinaigrette on the salad. A-.

Perley. Le breakfast. Good sausage and near-perfect coffee but the potatoes were terrible and the eggs were cooked harder than ordered. Straight B.

-Amadeus
Posted by Amadeus at 5:38 PM